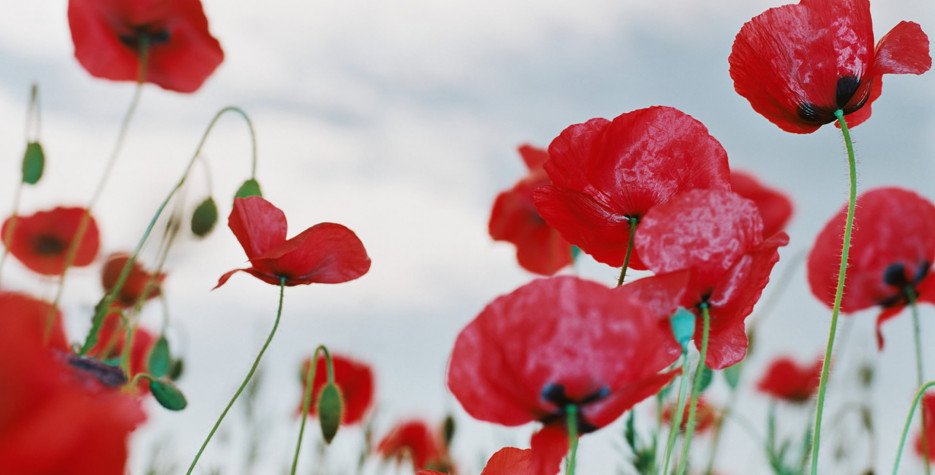 A poppy is a red flower, known in Italian as "papavero".

Why have poppies got a day?

Well, it's not the day of poppies, but the Remembrance Day, also known as Poppy Day.

Remembrance Day is a memorial day observed in Commonwealth member states since the end of the First World War to honour armed forces members who have died in the line of duty. King George V started this tradition in 1919.

In most countries, Remembrance Day is observed on 11th November to recall the end of First World War hostilities. Hostilities formally ended "at the 11th hour of the 11th day of the 11th month" of 1918.

During the Second World War, many countries changed the name of the holiday. Member states of the Commonwealth of Nations adopted Remembrance Day, while the US chose Veterans Day.

How are poppies related to Remembrance Day?

The remembrance poppy is an artificial flower worn in some countries to commemorate their military personnel who died in war. Veterans' associations exchange poppies for charitable donations used to give financial, social and emotional support to members and veterans of the armed forces.

During the First World War Canadian physician Lieutenant-Colonel John McCrae wrote "In Flanders Fields", a sad war poem. The very first line is "In Flanders Fields, the poppies blow...", used to describe the surroundings of the battlefields.
He was inspired to write it on 3rd May 1915, after presiding over the funeral of friend and fellow soldier Lieutenant Alexis Helmer, who died in the Second Battle of Ypres. According to legend, fellow soldiers retrieved the poem after McCrae, initially dissatisfied with his work, discarded it. "In Flanders Fields" was first published on 8th December of that year in the London magazine Punch.
Flanders Fields is still today a common English name of the World War I battlefields in Belgium and France.

Inspired by the poem, and promoted by Moina Michael, poppies were first used near the end of World War I to commemorate British Empire and United States military casualties of the war. Madame Guérin established the first "Poppy Days" to raise funds for veterans, widows, orphans, liberty bonds, and charities such as the Red Cross.

Today, the remembrance poppy is mainly used in the United Kingdom and the Commonwealth, where it has been trademarked by veterans' associations for fundraising. In these countries, small remembrance poppies are often worn on clothing leading up to Remembrance Day/Armistice Day, and poppy wreaths are often laid at war memorials.

In Flanders Fields
In Flanders Fields, the poppies blow
Between the crosses, row on row,
That mark our place; and in the sky
The larks, still bravely singing, fly
Scarce heard amid the guns below.

We are the dead. Short days ago
We lived, felt dawn, saw sunset glow,
Loved and were loved, and now we lie,
In Flanders fields.

Take up our quarrel with the foe:
To you from failing hands we throw
The torch; be yours to hold it high.
If ye break faith with us who die
We shall not sleep, though poppies grow
In Flanders fields.

Here is a video about the Poppies' story https://www.youtube.com/watch?v=AGCHk5_2skY