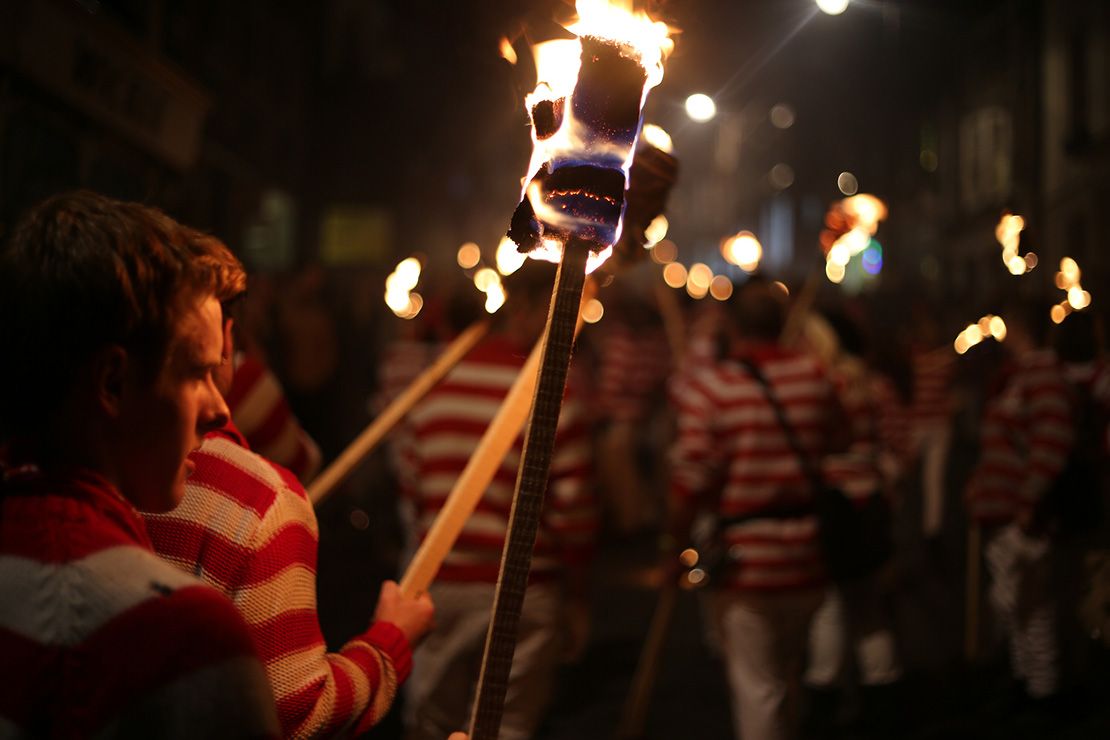 Remember, remember the 5th of November

Why plot against a king?

After Elizabeth I's reign, England was left without an heir, and in order to find a new monarch the research for a new ruler extended to Elizabeth's more distant relatives.
Her cousin Mary Stuart, queen of Scots, who was executed in 1587 for treason against Elizabeth, had a son, James IV of Scotland, who was the best choice to succeed Elizabeth. James was a member of the English royal family and he was married to a princess, Anne of Denmark, furthermore he was a protestant, smart and healthy man with a clear line of succession.
Therefore, in 1603 he was crowned King of England as James I.

Unfortunately not everybody was happy about the choice and, despite the fact that he was a quite tolerant monarch, the Catholics were pretty upset about the choice since they were hoping for a Catholic king and so some catholics started plotting against James I.

Several different plots were planned against him during his reign, but they all failed.

But on the 5th November 1605 a new, bigger plot was discovered and, for once, it was almost completely set up.

The Gunpowder Plot was a failed attempt to blow up James I, his relatives and the Parliament on 5th November 1605.

This plot was organized by Robert Catesby (c.1572-1605) in an effort to end the persecution of Roman Catholics by the English government. Catesby hoped to replace the country’s Protestant government with a Catholic leadership.

At about midnight on the night between 4th and 5th November, Sir Thomas Knyvet, a justice of the peace, found Guy Fawkes lurking in a cellar under the Parliament building and ordered the premises to be searched. Thirty-six barrels of gunpowder were found, and Fawkes was taken into custody. After being tortured, Fawkes confessed he was a participant in an English Catholic conspiracy.

Fawkes and other men involved in the plot were tried and executed for treason.

How did 5th November change during the past?

For many families, Guy Fawkes Night became a domestic celebration, and children often congregated on street corners, accompanied by their own effigy of Guy Fawkes. This was sometimes ornately dressed and sometimes a barely recognisable bundle of rags stuffed with whatever filling was suitable. Collecting money was a popular reason for their creation, the children took their effigy from door to door, or displayed it on street corners. But mainly, they were built to go on a bonfire.
Rival gangs competed to see who could build the largest, sometimes even burning the wood collected by their opponents; in 1954 the Yorkshire Post reported on fires late in September, a situation that forced the authorities to remove latent piles of wood for safety reasons. Lately, however, the custom of begging for a "penny for the Guy" has almost completely disappeared.

In contrast, some older customs still survive; in Ottery St Mary residents run through the streets carrying flaming tar barrels, and since 1679 Lewes has been the setting of some of England's most extravagant 5th November celebrations, the Lewes Bonfire.

Generally, modern 5th November celebrations are run by local charities and other organisations, with paid admission and controlled access. The event is also called Bonfire Night as it is celebrated by burning Guy Fawkes effigy.

Do you want to explain this British tradition to your kids? Here is a song that might help you!