7 Ways to Celebrate May Day

Origins of May Day

Did you know that May Day has its roots in astronomy? Traditionally, it was the halfway point between the spring equinox and the summer solstice! In ancient times, this was one of the Celtic cross-quarter days, which mark the midway points between the (four) solstices and equinoxes of the year.

As with many early holidays, May Day was rooted in agriculture. Springtime festivities filled with song and dance celebrated the sown fields starting to sprout. Cattle were driven to pasture, special bonfires were lit, and doors of houses as well as livestock were decorated with yellow May flowers. In the Middle Ages, the Gaelic people celebrated the festival of Beltane. Beltane means “Day of Fire.” People created large bonfires and danced at night to celebrate.

May Day has a long history and tradition in England, some of which eventually came to America. Children would dance around the Maypole holding onto colorful ribbons. People would “bring in the May” by gathering wildflowers and green branches, weaving of floral hoops and hair garlands, and crowning a May king and queen. Such rites originally may have been intended to ensure fertility for crops and, by extension, for livestock and humans, but in most cases this significance was gradually lost, so that the practices survived largely as popular festivities.

The May Day traditions

Do you know what a Maypole is? The Maypole is a pole that kids wrap with colorful ribbons and it is still a joyous tradition that exists in some schools and communities. 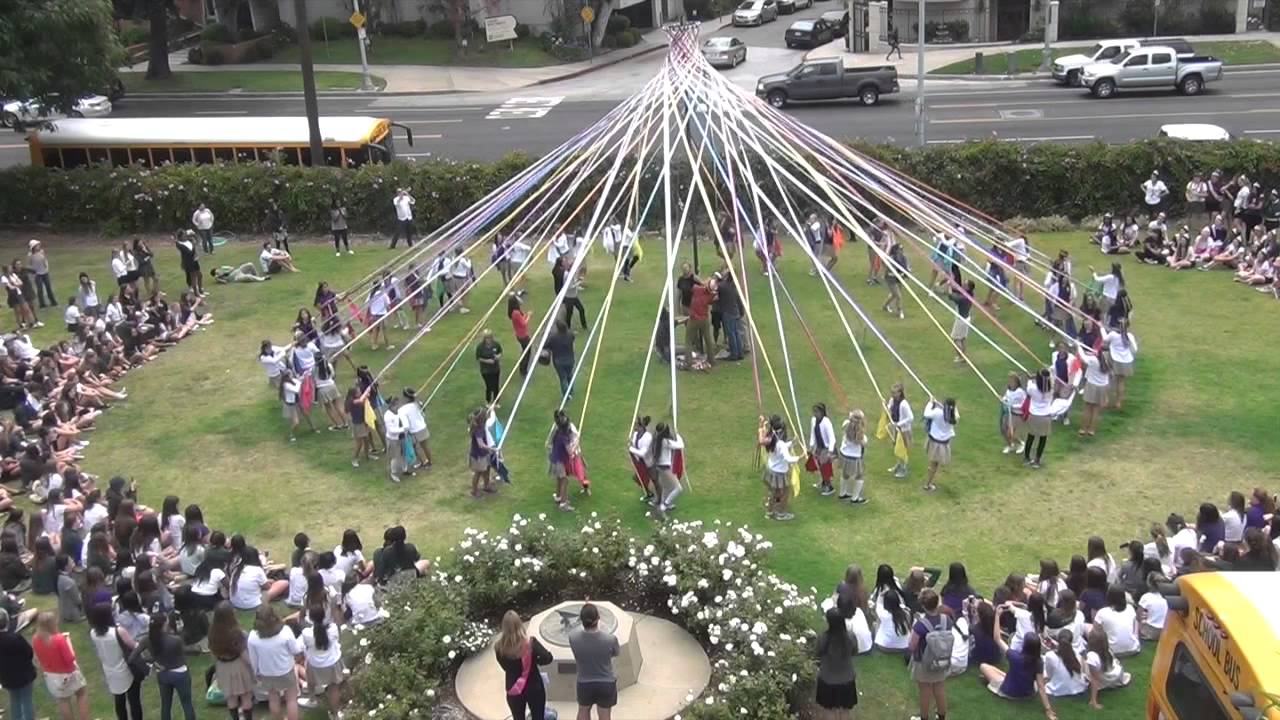 Making a May Basket

Ever heard of the May baskets? People would leave a paper basket or cone containing spring flowers and sweets on each other’s doorsteps, usually anonymously.

This tradition was popular through the 19th and 20th centuries, especially with children or sweethearts. The custom was to knock on the door, yell “May basket!” and then run. If the recipient caught the giver, he or she was entitled to a kiss.

To make a simple May basket, fold a piece of colored paper into the shape of a cone. Then fill with wildflowers! If you don’t have colored paper, roll up and secure (with tape or a staple) a paper plate. Draw on the plate with spring colors and fill with flowers!

You could also fill a real basket with little gifts such as flower seed packets, baked cookies, candies, and pretty trinkets. If you don’t have a basket, an empty milk carton or seed pot would also do the trick. Just cover in colored paper or pretty streamers and fill with tissue paper! 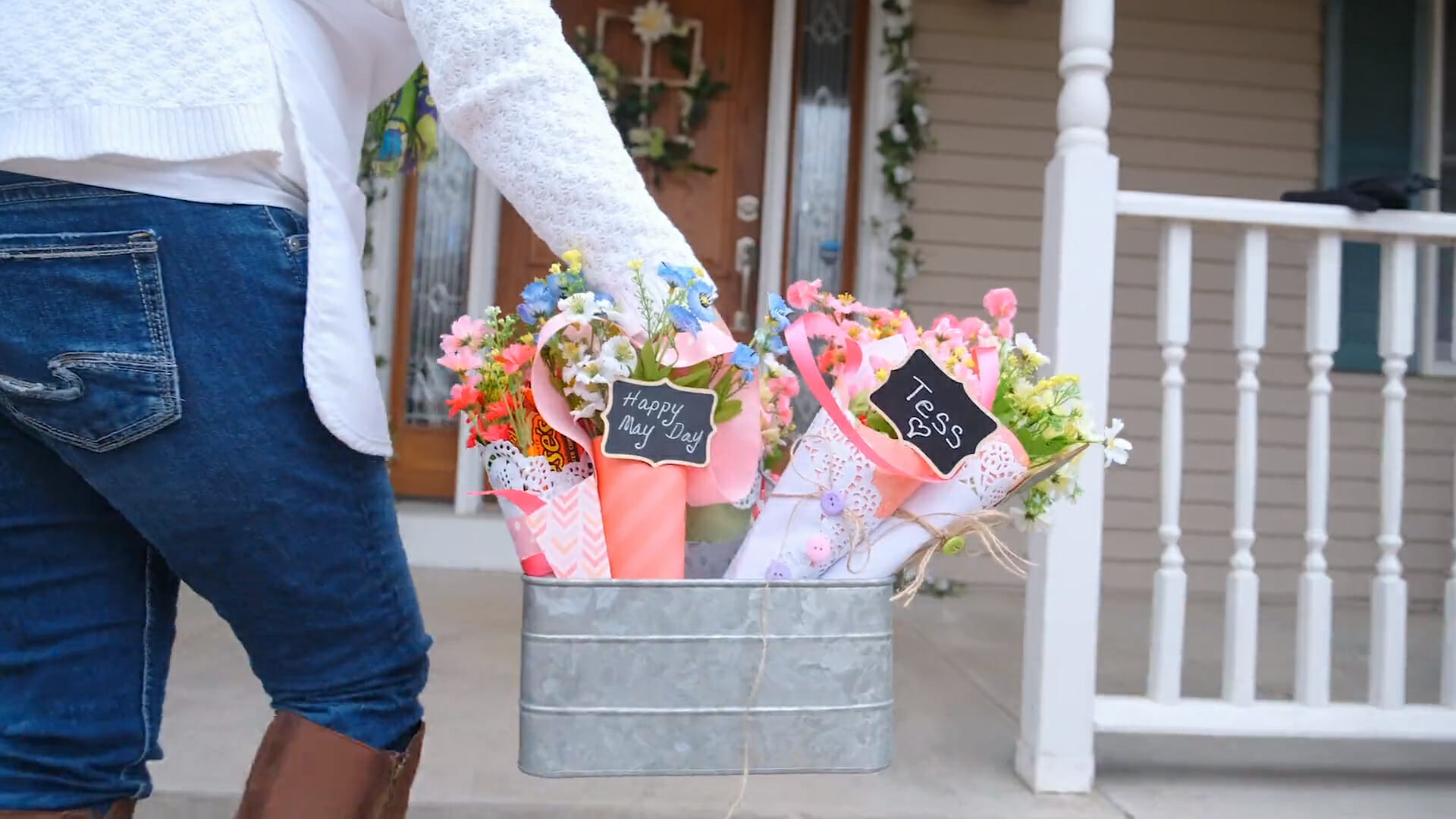 7 Ways to Celebrate May Day

Why not celebrate May Day? Here are some joyful May Day traditions marking the return of spring and the renewed gift of life.